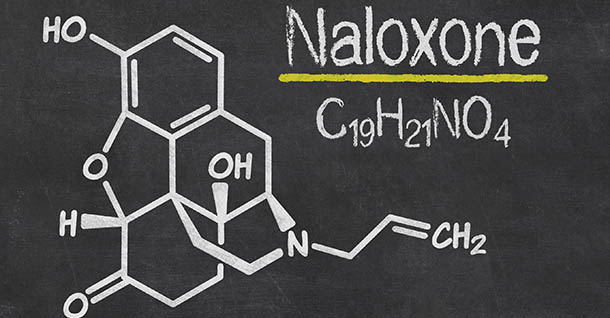 The opiate overdose epidemic has hit home on every level. On one hand, the news and entertainment industries have finally given the issue the respect and coverage it deserves. On the other hand, the problem has become so severe that it would be almost impossible to ignore. From the inner city to affluent suburbs (See our blog post on heroin 2.0) the problem is growing…fast.

Naloxone, also known by its trade name Narcan, has emerged as the first line of defense in the fight against opioid overdose. Naloxone is an opioid antagonist, a compound which essentially binds to the opioid receptors of the brain, keeping the opioids themselves at bay. Naloxone itself does not cause a high, nor can it be abused.

Originally limited in legal use to first responders and physicians, states around the country are passing laws to allow this important “antidote” to get in the hands of those that can use it most effectively. After all, opioid overdose rarely happens in a medical setting or when emergency personnel are nearby. Often, there is not enough time for first responders to save lives.

The FDA has also done its part to make Naloxone more widely available to those who can use it most effectively. Until 2015, the antagonist was only available in injectable form. Now, there is also a nasal spray that allows for simplified administration, with virtually no training necessary. This addressed the growing off-label / unapproved use of naloxone in nasal spray form.

Is It Just a Crutch?

Naloxone saves lives by blocking or reversing the effects of opioid overdose. It essentially puts the person into immediate withdrawal – very uncomfortable, yes, but far less dangerous than an overdose itself. And while it is possible for those using opioids to have a dose of Naloxone with them or with their friends, it is unlikely that it will promote added use of opioids – the virtually immediate withdrawal after-effects are a strong deterrent.

2015 represented a big step in the right direction. Florida lawmakers passed the Emergency Treatment and Recovery Act, which allows qualified medical professionals to legally prescribe Naloxone to caregivers – family members, friends and/or any person that has “…recurring contact with a person at risk of experiencing an opioid overdose.” Further, when administered according to the law, those caregivers may be immune to prosecution and civil liability.

With the strong push by federal and state authorities to make Naloxone more widely available and more easily administered, the hope and goal is to get this antidote into the right hands – and save lives. For our part, as clinicians, educating the population, especially those at the front lines of opioid addiction – family members, friends and employees – on the uses and benefits of Naloxone can truly begin to reverse the devastating trend of opioid overdoses around the country.

Please join us for a Narcan training session on February 20, 2016

We are a NAADAC & FCB Approved Education Provider

Parlaying Your Entry-Level Certification Into a Counseling Career Seven Ways To Make the Delivery of Online Treatment More Successful Live Classes Available Again! In Which State Is It Best to Start an Addiction Counseling Career? View All Posts >